After several years of planning, Motörhead and BMG are delighted to announce the start of an exciting, extensive and detailed ultra-fan-friendly release programme spanning the band’s career from the 70s, ‘80’s, 90’s, and beyond!

Kicking things off with the “Motörhead ‘79” campaign – which celebrates the 40th Anniversary of the incredible “Overkill”, and “Bomber” albums with fantastic new deluxe editions, both as hardbound bookpacks in two CD and triple LP format; featuring previously unheard concerts from the ’79 tours, interviews and many unseen photos. Also, the ’79 campaign will see the release of the spectacular ultimate fan / collectors “1979” Box-Set. All 3 of these releases have been created with the full cooperation and involvement of the estates of Ian “Lemmy” Kilmister, “Fast” Eddie Clarke and Phil “Philthy Animal” Taylor.

* The Rest of ’79 Vinyl, featuring B-sides, outtakes and rare tracks

* No Class 7” single with gatefold art 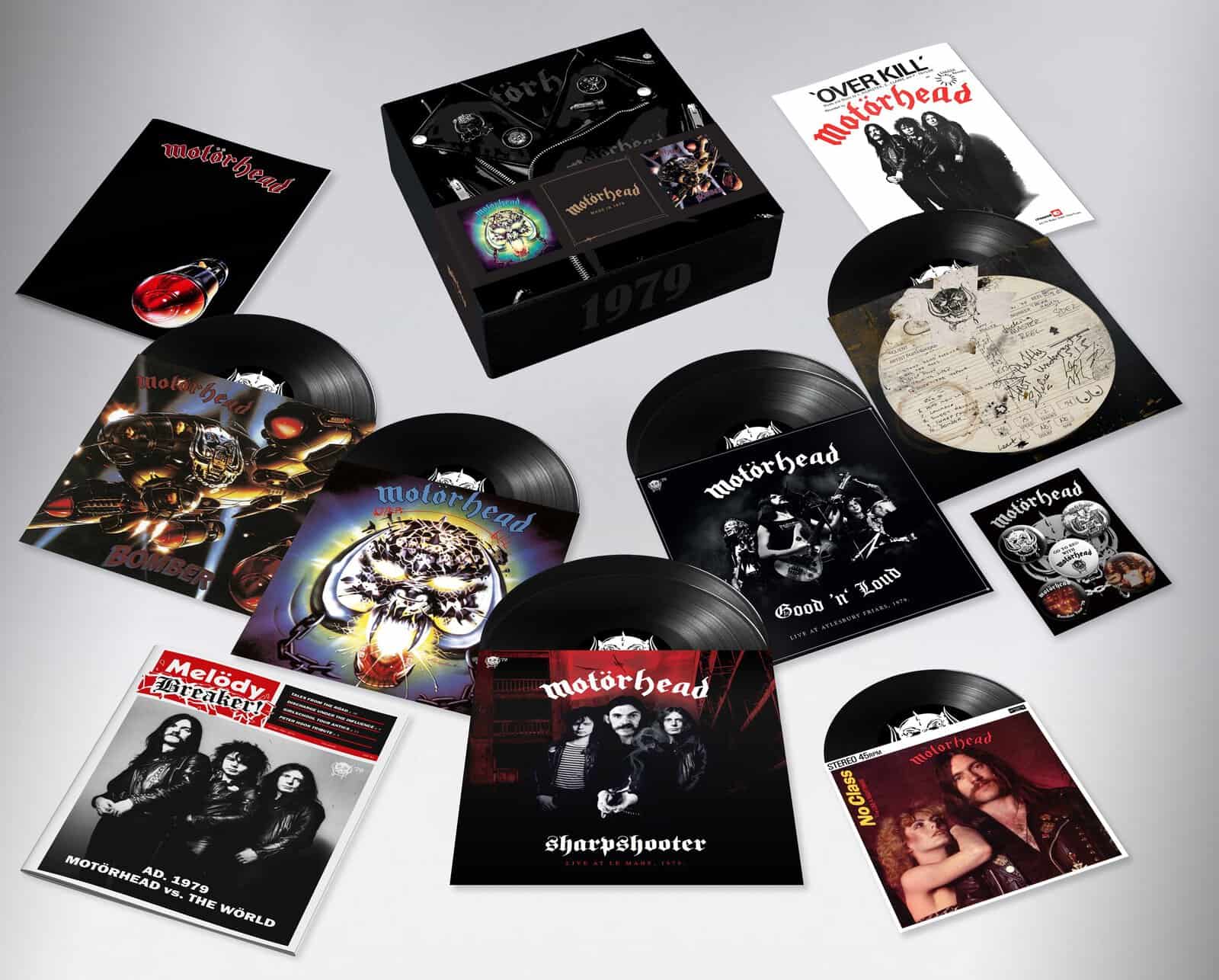 By going through the band’s extensive private archives, to receiving the assistance of key people who were part of their ’79 circle of friends, crew, and accomplices – as well as consulting with super fans – all parties are immensely proud to show the level of detail and commitment which has gone into all 3 of the ’79 releases, and which will continue with future projects. It was always Lemmy’s demand to give the fans the very best possible in every respect, we believe we have achieved that with these reissues.

A further element of the ’79 box-set release is to offer Motörfans new, old and in-betweenish the full scope and context of how life was when these classics were being created. 1979 was a seismic year for many reasons, and both Overkill and Bomber were written, recorded and toured against a Great Britain dealing with strikes, Margaret Thatcher, football hooliganism plus Buggles and the Bee Gees!

And on the 9th March 1979, millions of unsuspecting viewers tuned into the BBC’s Top Of The Pops to witness the loudest, most raucous, dangerous and downright exciting band on earth perform the title track of their album Overkill.

A hybrid of punk, rock and heavy metal played with relentless, ear-curdling power, Motörhead were a force of nature propelled by bassist & vocalist Ian “Lemmy” Kilmister, guitarist “Fast” Eddie Clarke and drummer Phil “Philthy Animal” Taylor. The alchemy between these three outrageous and utterly immortal men was nothing short of life-changing for millions, and all three shared a wonderful “mad band of brothers” approach to life and music; there was no “off” switch and they became legends as a result. Overkill and Bomber are icons, brain-damagingly brilliant to the nth degree, and their enormous influence still reverberates through all genres of music to this day. 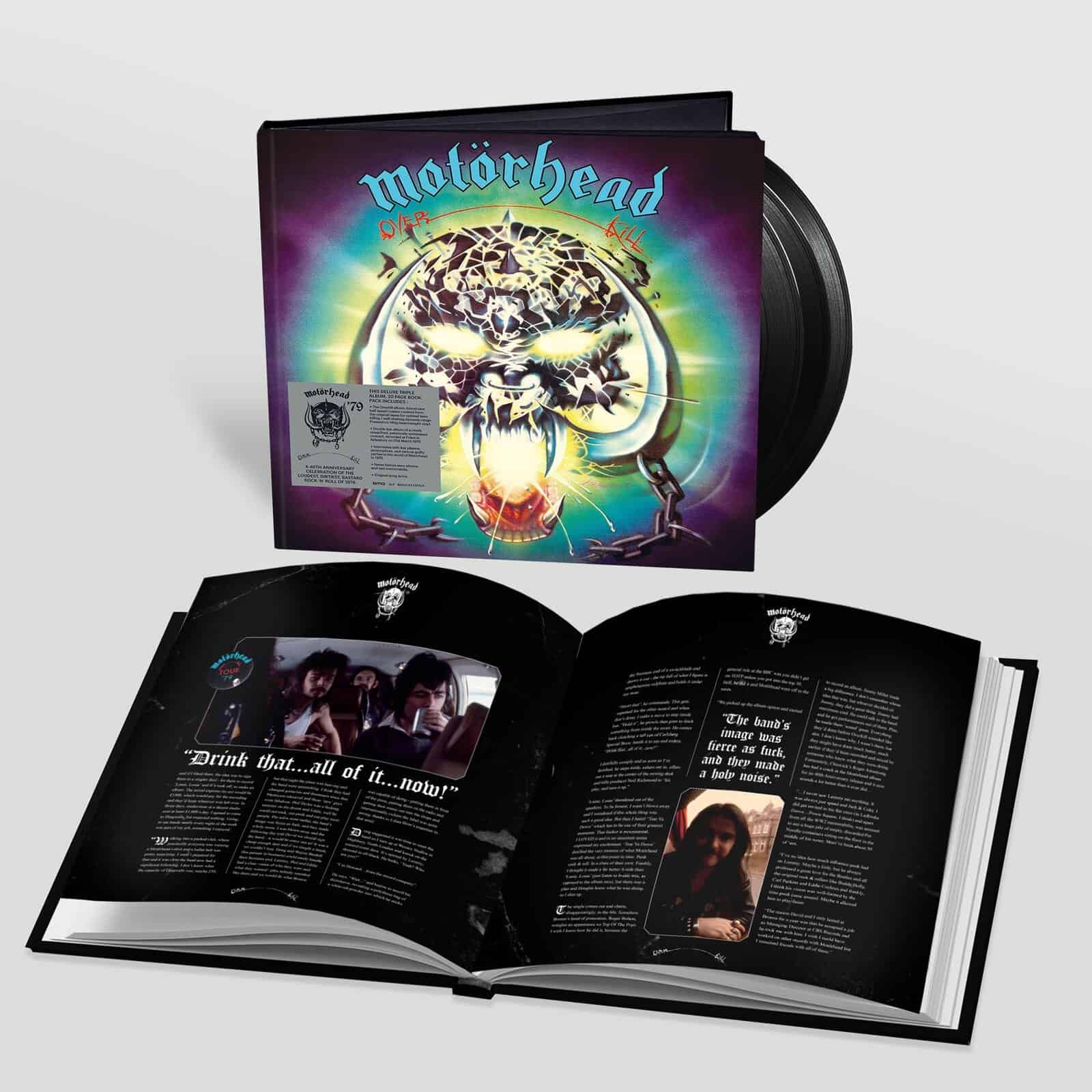 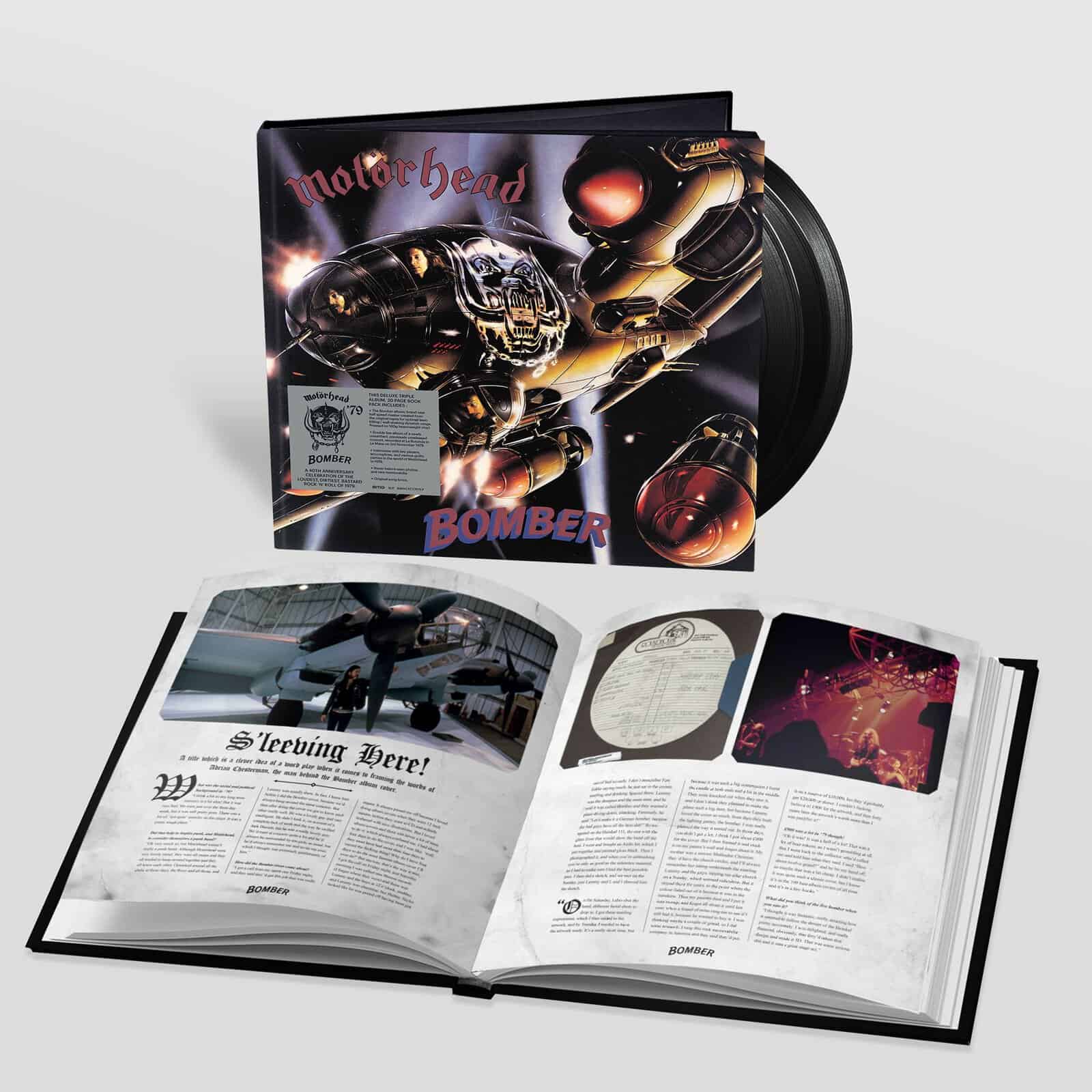 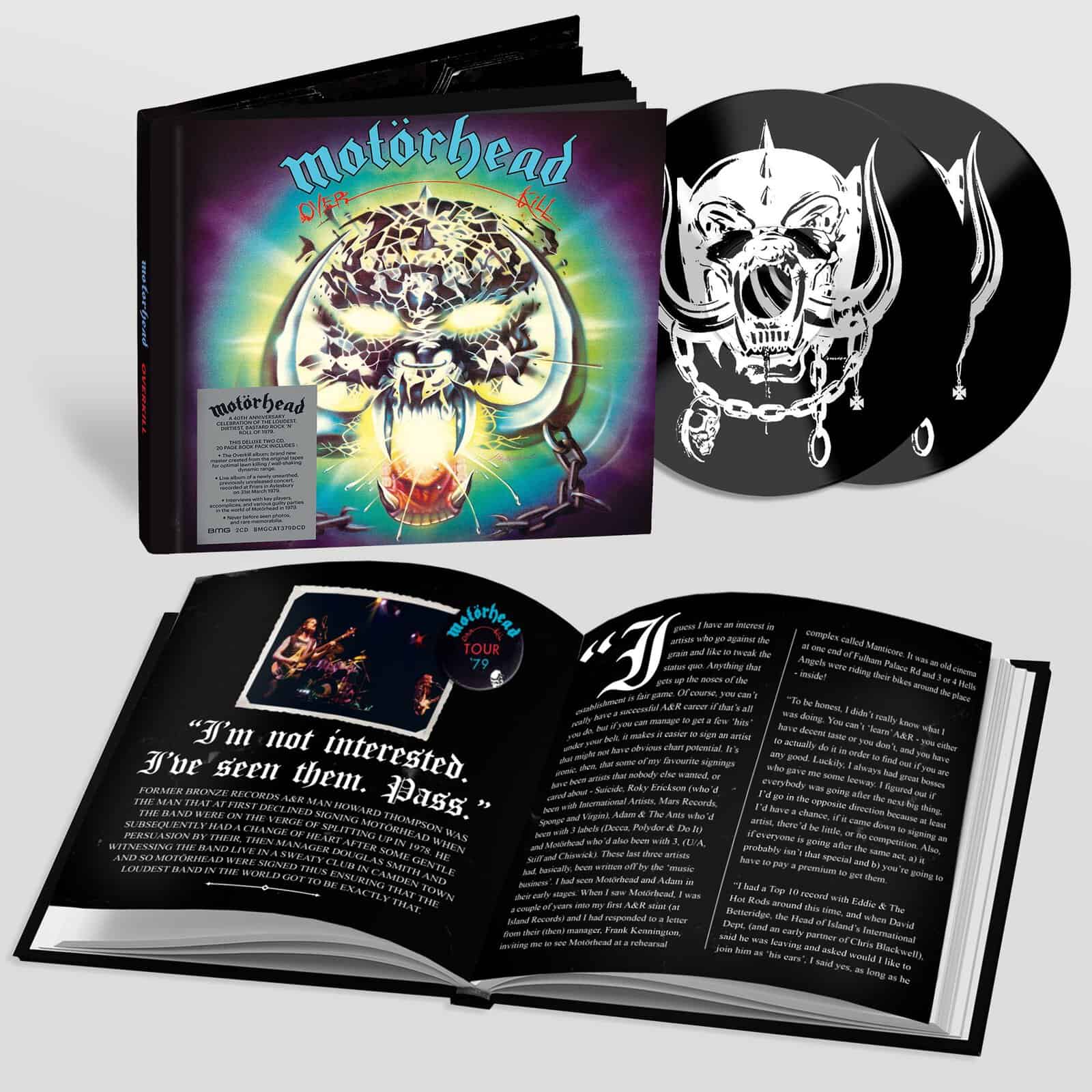 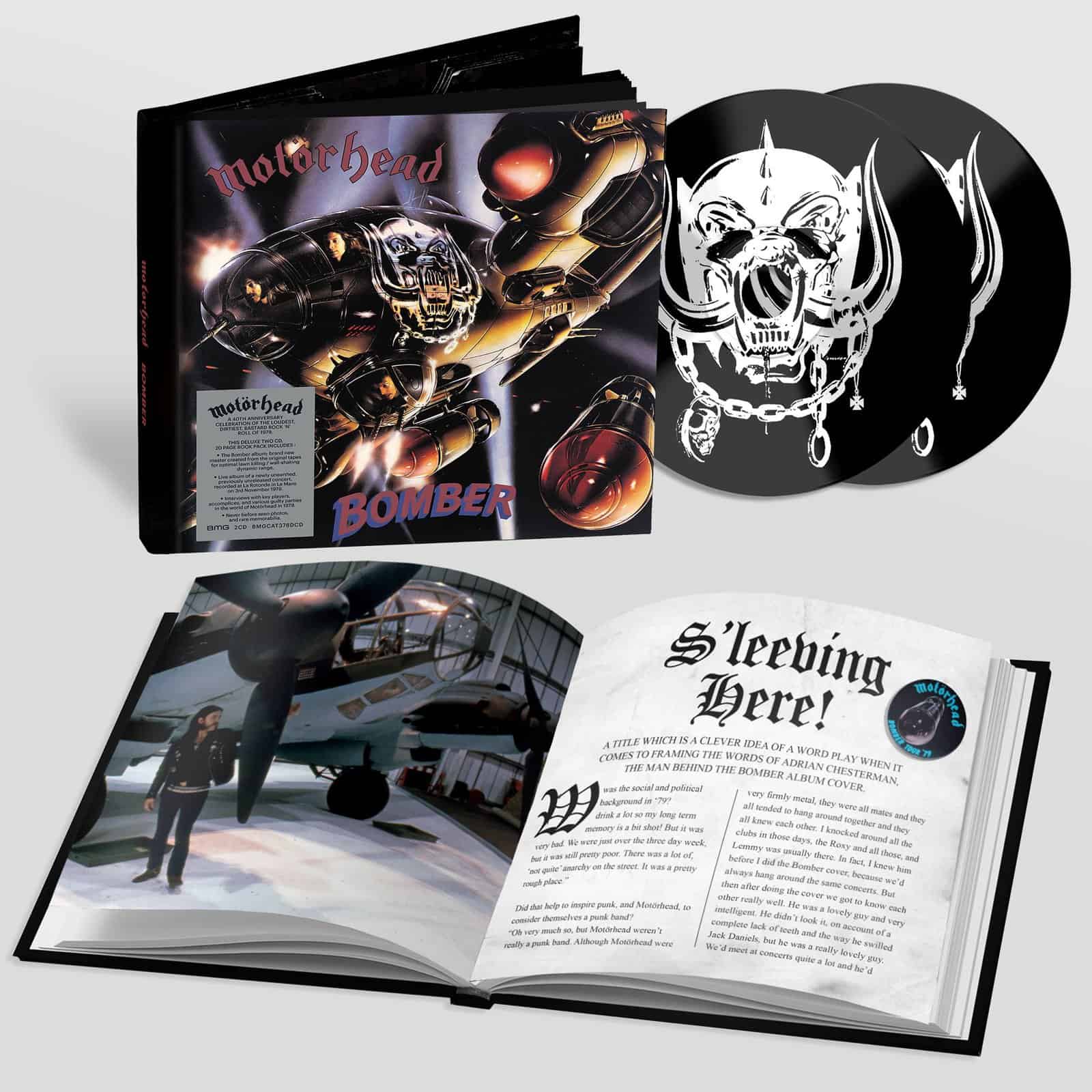 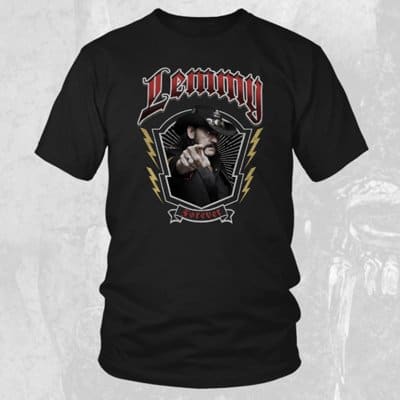