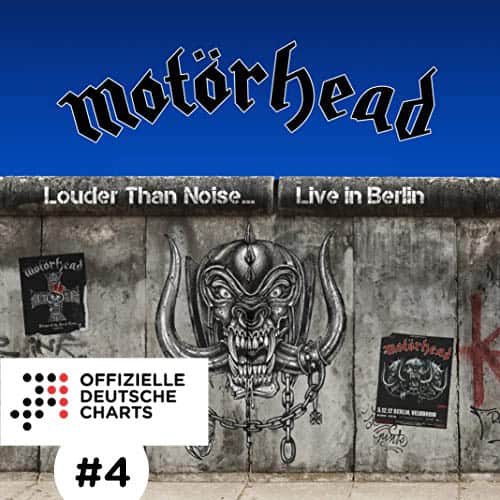 We are pleased to announce that “Louder Than Noise… Live in Berlin” has charted well all over the world! 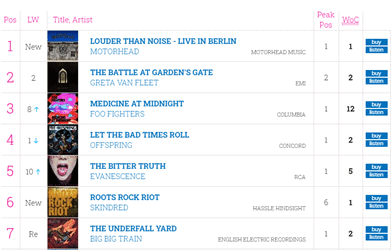 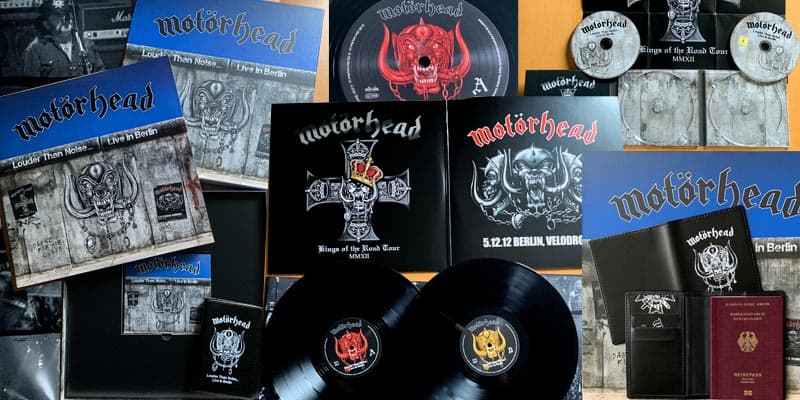 “Louder Than Noise… Live in Berlin” was just released this past April.  Featuring custom warpig art by Tokyo Hiro and a tattered Berlin wall under a cold blue sky. There is something available for all tastes here. There is a combo CD/DVD set, a double 180G vinyl or a box set which contains the CD, DVD, Double record and a very nice leather, Motörhead passport holder.
The DVD included with the CD set is a 6 panel Digipak, with CD of the Album and DVD of the show. (DVD specifications: NTSC 16:9, Dolby Digital 5.1 – Region Code 0) 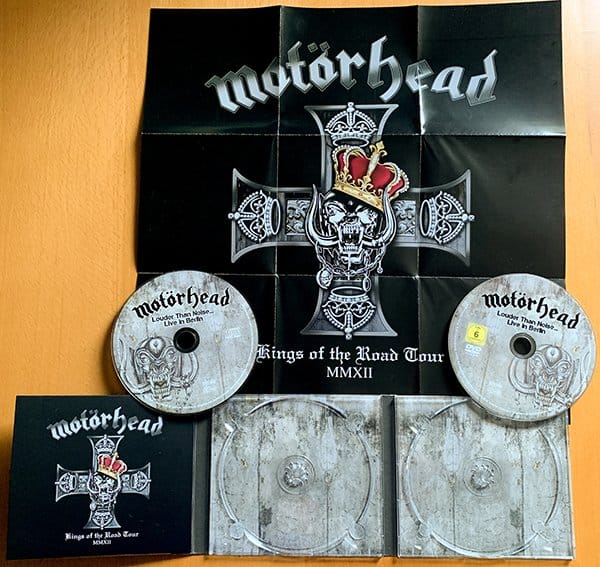 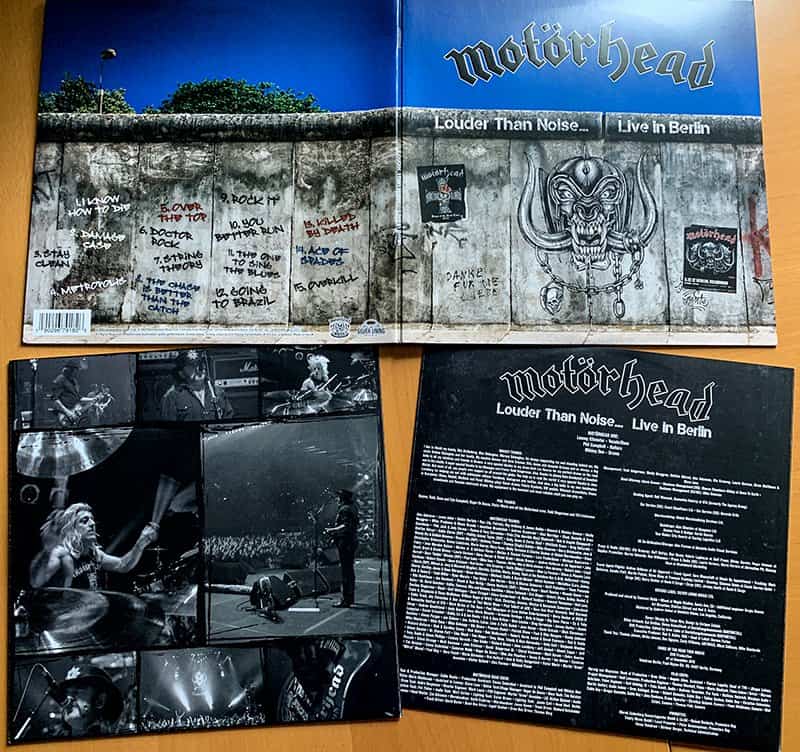 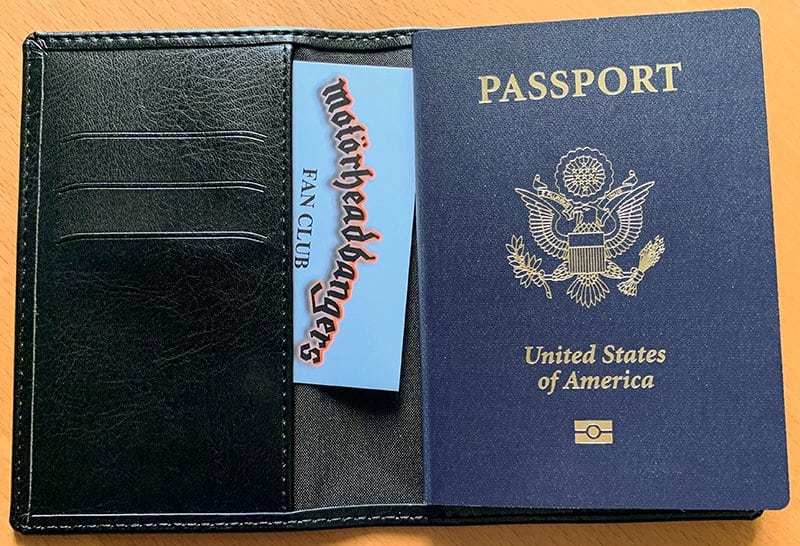 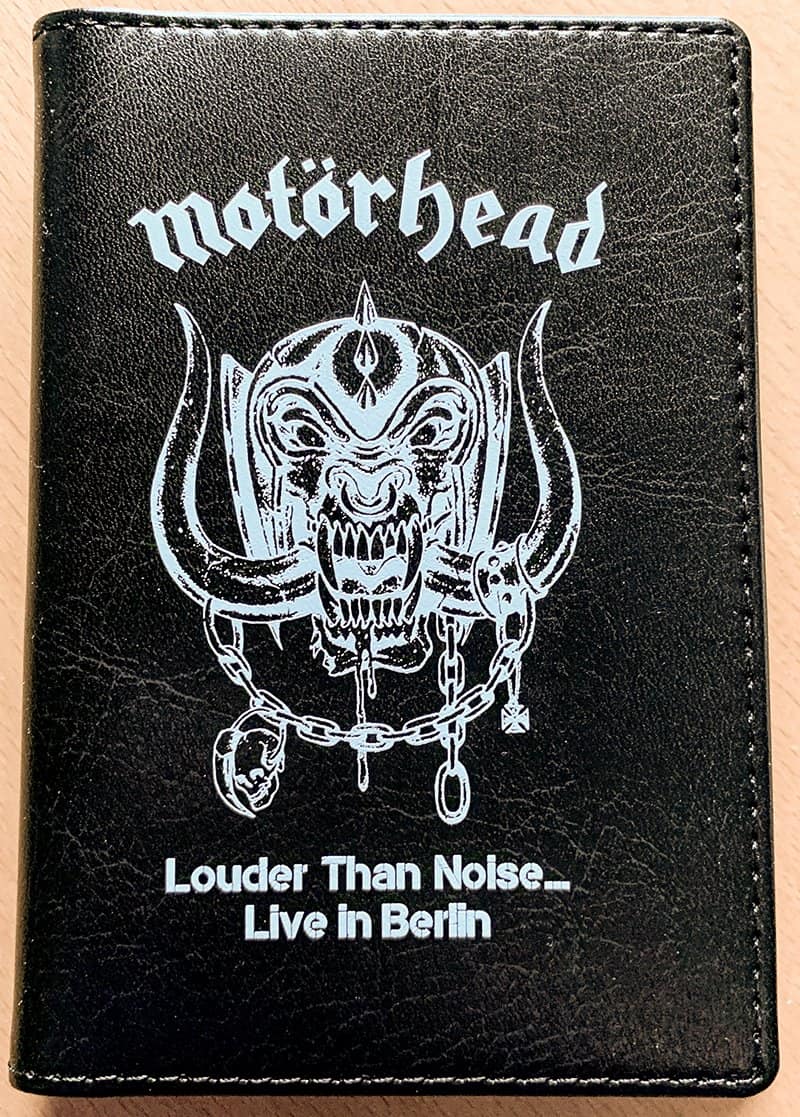 This is the December 5 Berlin show of 2012. A crisp smoker of classic tracks, sure to please all of your neighbors. All the packaging and materials are top notch but the real star of the release is the incredible recording and mix that Cameron Webb pulled from the multi track masters. It’s warm, brutal and clear. The DTS track on the DVD is truly a masterpiece and there is also a PCM stereo option. Vinyl aficionados will appreciate that this release was done on two 180G records with great photos and artwork. CD collectors will enjoy the included poster. 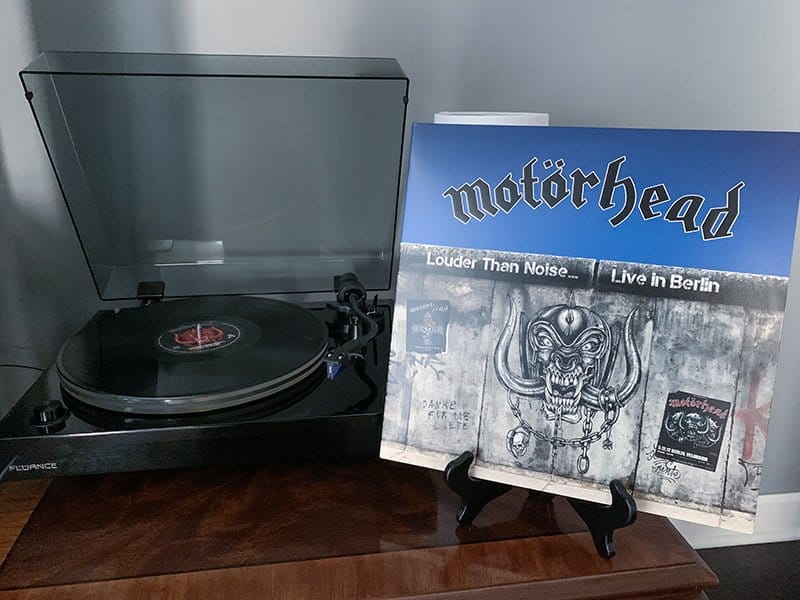 Louder than Noise: the eye twinkling title of the live document is another promise of quality. The last one of this kind was released with “Everything Louder Than Everyone Else” where Motörhead proclaimed to be louder than any other band. But the loudness was never the right benchmark to talk about the phenomenon of Motörhead. Over decades the band reached the status of an untouchable institution able to combine fans of every genre of music and also extreme rock music. And this is to be credited to Lemmy, who founded Motörhead in 1975 and was the leader of the band all the way to his passing in December 2015.

Even 5 years after his passing Lemmy is as present as always. Young fellow musicians like Airbourne pay homage to him and uncountable bands celebrate him as a role model and testimonial and the fans never forgot their hero anyway. Rock’n’Roll was not only his profession it was his life. Lemmy’s music, his critical lyrics and also his distinctive, plain outfit was an expression of his personality. With his essential Rickenbacker bass where he didn’t pluck the notes, he basically threshed the chords, he fostered his own style and together with his hoarse voice it was the unique sound of Motörhead – up to the end.

In Germany the band could always count on their loyal fans, especially back in the 80’s when Motörhead owed the survival as a band to the German fans. The musicians always returned the favor with many concerts, which were always a demonstration of accumulated positive energy.
Only the last German tour, only a few weeks before his passing, showed signs of the clearly weak front man – a shadow of his former self.

Louder Than Noise – Live in Berlin is a previous unreleased CD & DVD, filmed and recorded in Berlin, 3 years before his untimely passing. On December 5th, 2012 Lemmy greeted 12.000 enthusiastic fans in the sold out Veldodrom with his ‘’Guten Abend Berlin” and stormed the stage with “ I Know How To Die”  together with Phil and Mikkey  – taken from their then latest album “The Wörld is yours (2010)”. Celebrating 75 minutes of powerful full throttle rock’n’roll.
No experiments, no surprises, everyone knows what to expect and got exactly that! Due to the longevity of the band the concerts were almost a ‘Best of’ presentation.
The huge, simple stage was only decorated with the Motörhead backdrop behind the drums. The more static performance is compensated with raw, unfiltered energy and early classics like “Damage Case”, “Stay Clean”, “Metropolis” and “Over The Top”. After some excursions to their “1916” release comes “Ace Of Spades” approximately after one hour – unfortunately already the last song.
“You know we are deaf”, Lemmy is demanding the cheering audience who are going crazy for minutes with their calls for encore. Together with their tour support Anthrax, Motörhead are dashing through “Overkill”. Now the stage is filled  – Charlie Benante is drumming together with Mikkey on the same drum kit, a jolly Scott Ian is on guitar and himself a huge Motörhead fan. 1980, when he listened to “Ace Of Spades” the first time, looking at the cover, he was asking himself, “who are these Mexicans?’ And how do they manage to play that fast?”

Louder Than Noise-Live in Berlin is available in different formats and has also a Boxset: CD, DVD, Gatefold 180g vinyl and a passport cover with the Motörhead logo. BIG FUN! Thanks, Lemmy! 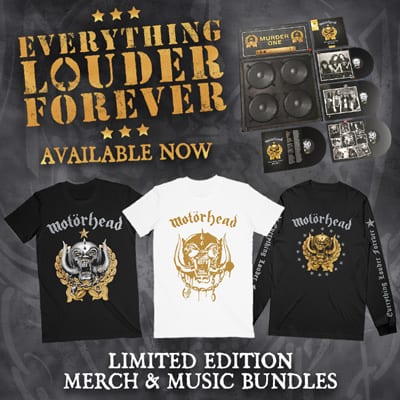 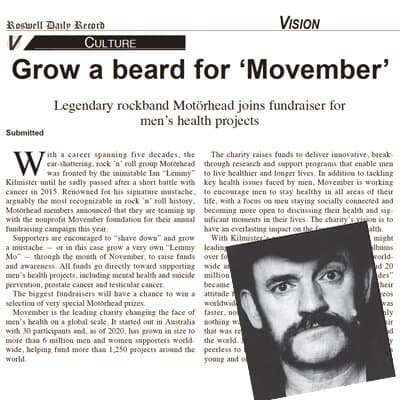