Wallis was already something of a British rock music veteran by the time he hooked up with Lemmy.
He got his start in 1970 as a member of Shagrat, a band co-founded by former Tyrannosaurus Rex member Steve Peregrin Took, and went on to play with blues rockers Blodwyn Pig and, for a brief period in 1972, a pre-Michael Schenker version of UFO.Later in 1972 Wallis joined up with psych-rock band the Pink Fairies, appearing on their 1973 album, Kings of Oblivion.

Following the Fairies’ breakup in 1975, Wallis was recruited by Lemmy for the first lineup of Motörhead alongside drummer Lucas Fox.

Though considered a seminal album today, Motorhead’s label at the time, United Artists, was unimpressed and refused to release the recording. No Parole was finally issued in 1979, after Motorhead had found success with albums like Overkill and Bomber.

By this time, Wallis was long out of the band, having left soon after No Parole’s shelving and the hiring of “Fast” Eddie Clarke as a second guitarist.

“The game didn’t look as if it was worth the candle,” Wallis recalled. “I wanted another guitarist to flesh it out, but once Eddie Clark came along, it was apparent he would be the man to replace me. He had the enthusiasm that had been eaten away from me by circumstances.”

Larry Wallis went on to become a record producer at new punk and new wave label Stiff Records. He recorded a song single ‘Police Car/On Parole’ for Stiff. The single was produced by Nick Lowe. ‘Police Car’ was later covered by The Members.

The Wreckless Eric albums ‘A Louder Silence’ and ‘Wreckless Eric’ were also produced by Wallis.
In 1987 Wallis reformed his pre-Motorhead band The Pink Fairies. They recorded and released a new album ‘Kill ‘Em and Eat ‘Em’ in 1987.
In all of that time Wallis only released one solo album ‘Death in the Guitafternoon’ in 2001.

No cause of death has been revealed as of this writing.

“I never felt part of Musicbizland,” Wallis told Uncut magazine in 2002. “This, along with my track record with the MOTÖRHEAD and FAIRIES’ history meant that, to record companies, I was a drug-taking, bar-jockey kinda guy. Which, of course, with a look over my shoulder, was bang on the money. It was suggested by a chum that I buy the hardware, get a web site, make the thing, and sell it to ’em. I guess the next move is going out to show off in public with some musos who — and this is important — are better than I am. If I’m gonna do it, I’m gonna do it right.” 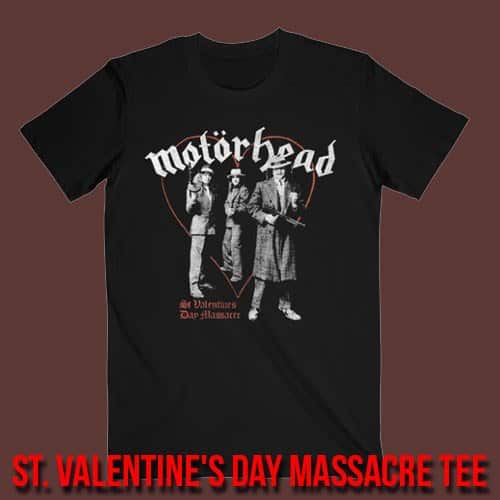